On the 20th September a ride out was organised called Nicky’s rideout, originally an idea on Face book, this was quickly taken up by some members of the  of the Sleaford All Knighters Scooter Club,  assisted by Paul Bryant and Rob Castle. this took a rideout around Sleaford, with the local police and fire officers holding up the traffic to allow the rideout to pass en mass, approx 500-600 scooters participated in the rideout, and the Lambretta Chopper Owners Club represented by Kon Woodfield and Lee Bell, the LCOC via Kon also presented some goodies to Nicky, to also include a personalised Hoody, sponsored by the LCOC and SEW Embroidery. with the normal quality Garment personalised with Nickys monica of Happy Chappy.

The rideout lasted around half an hour and was around Sleaford, culminating at the Jolly Scotchman Pub, The pub held a fun day, which had an outside bar area with a barbecue, bouncy castle, charity raffle and a Northern Soul DJ

The ride in was led by Nicky on his mobility scooter who though could not complete in the whole rideout, was seen to lead the scooters into the aforementioned pub, it is understood that Nicky shouted “I Won, I Won” very sureal moments for some.
The Members of the LCOC are proud to be associated with the rideout all be it thinly represented on the ground, however Thanks to Kon Woodfield for representing the LCOC and presenting the LCOC merchandise to Nicky ably assisted with the presence of Lee Bell. 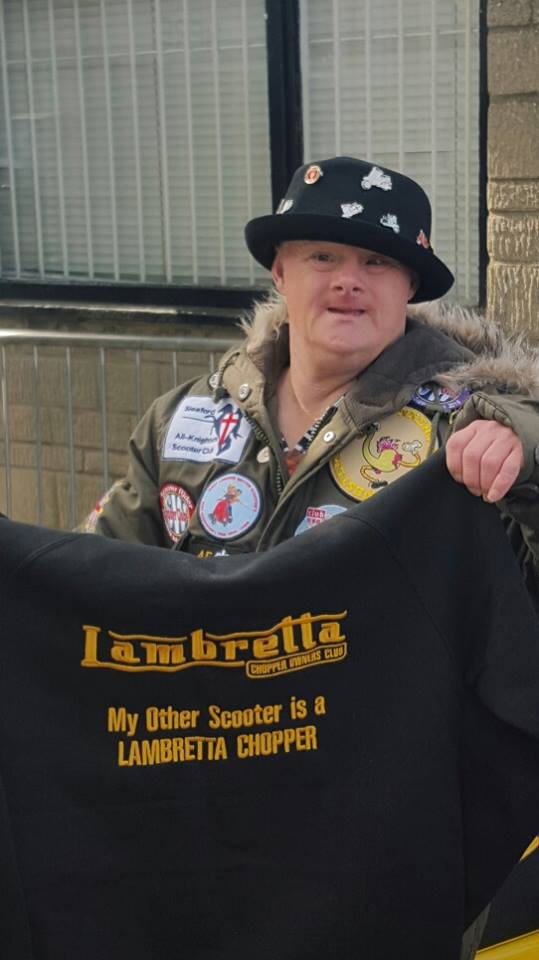 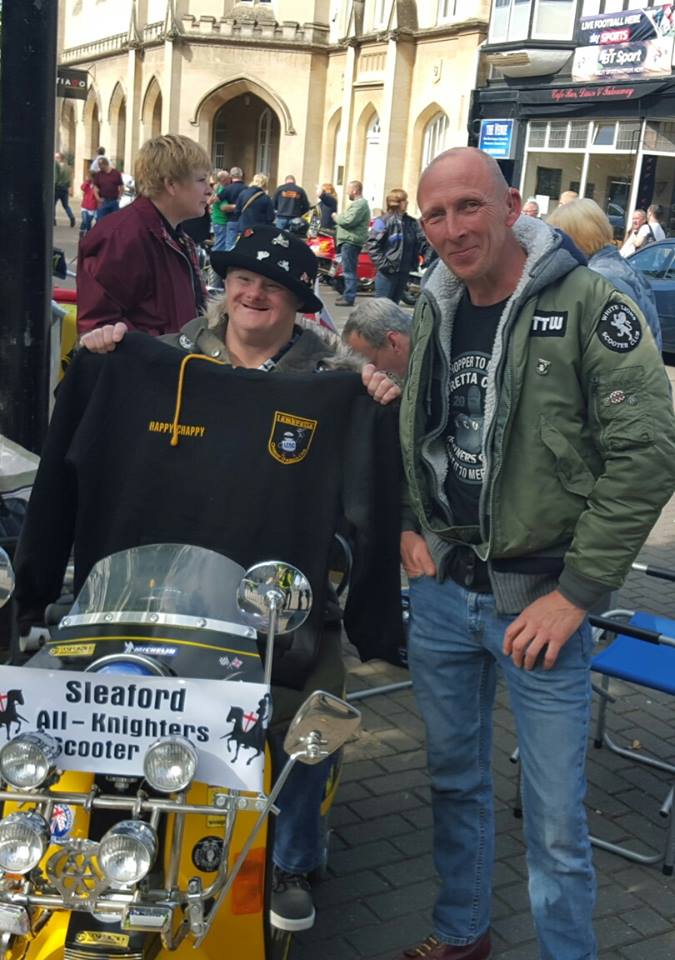 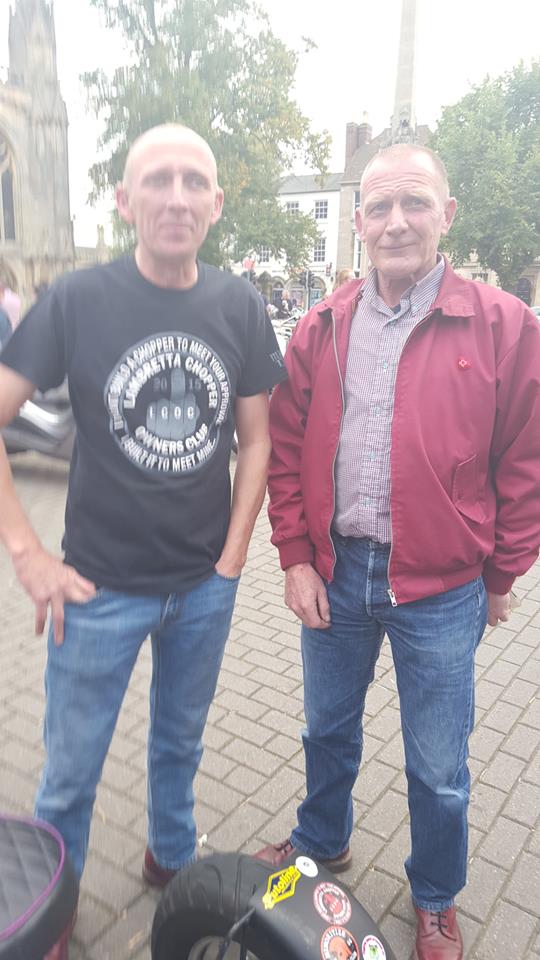 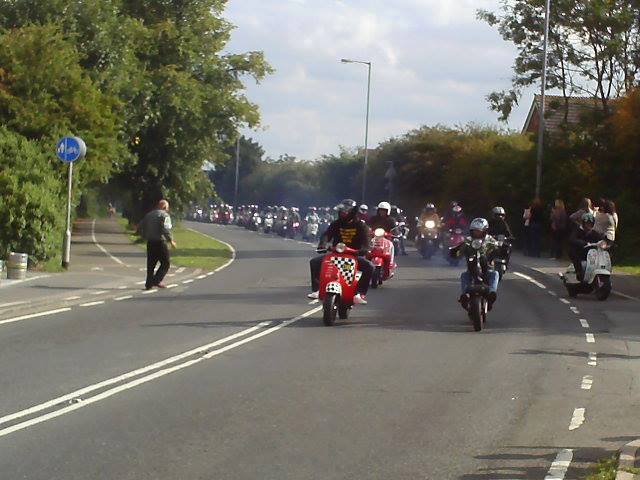 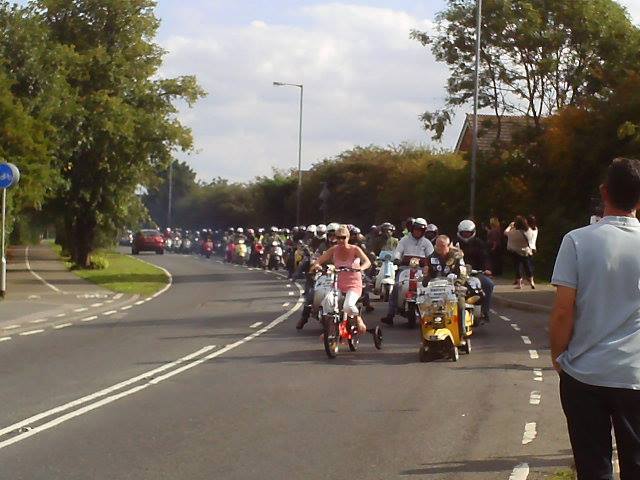 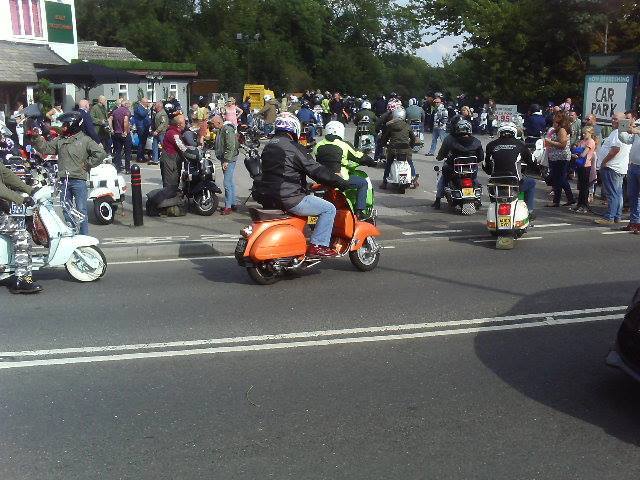 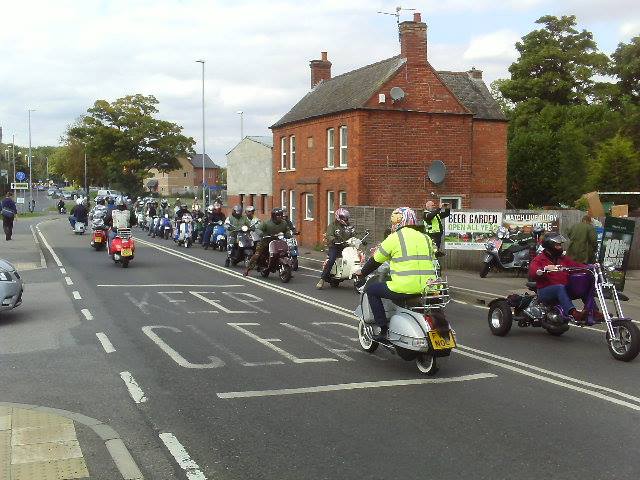 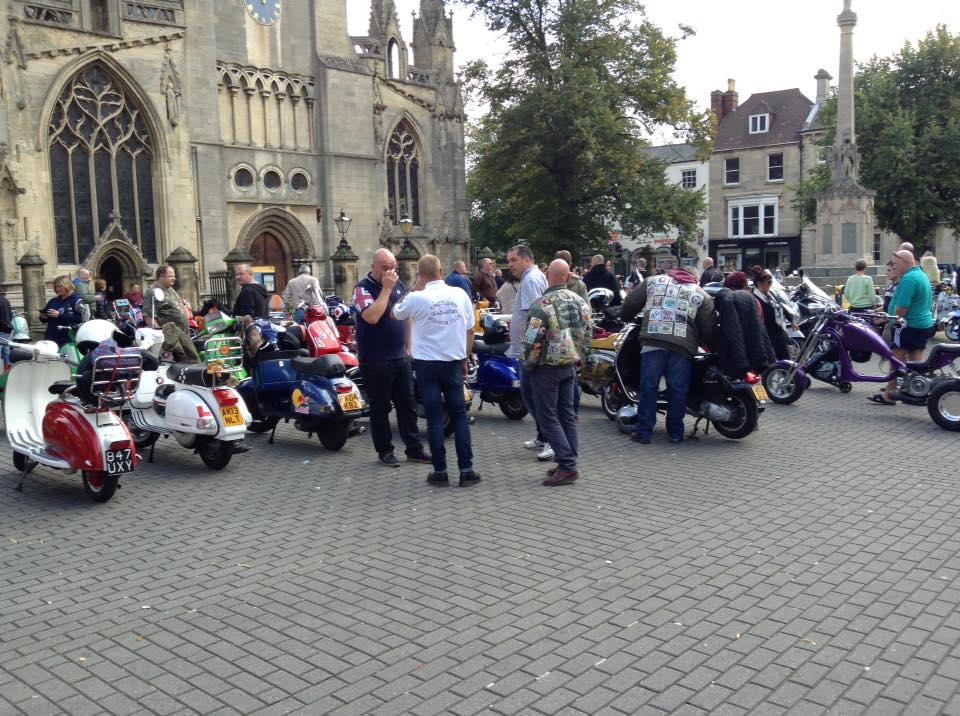 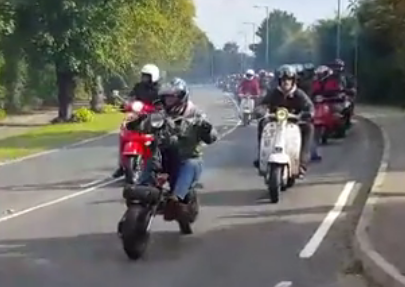 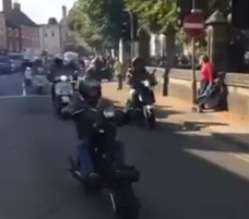 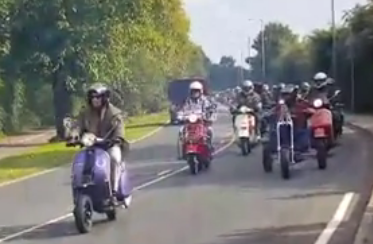 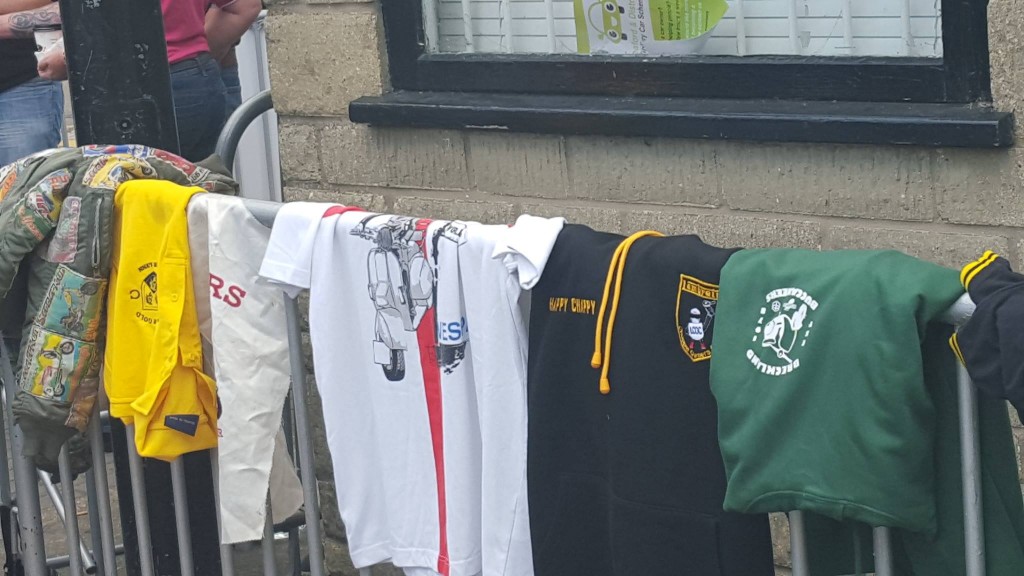 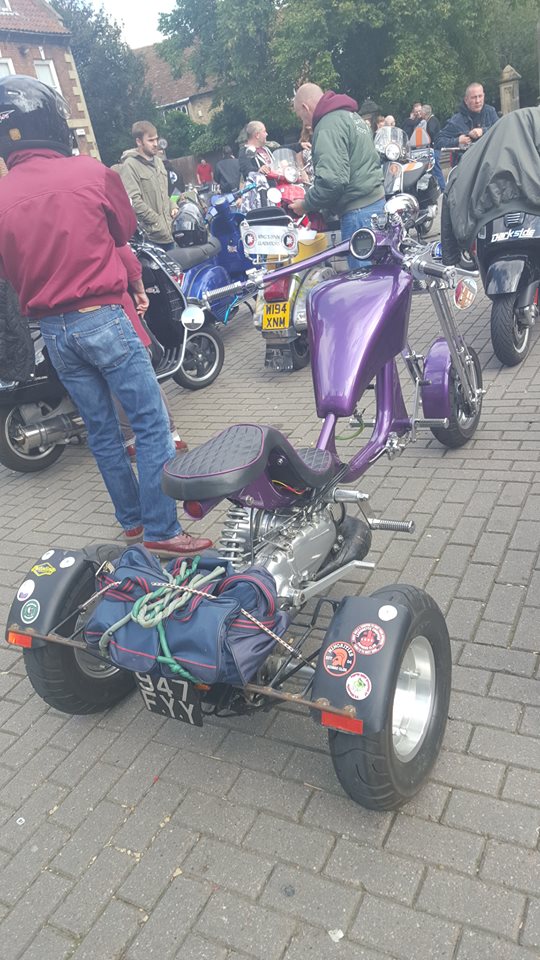